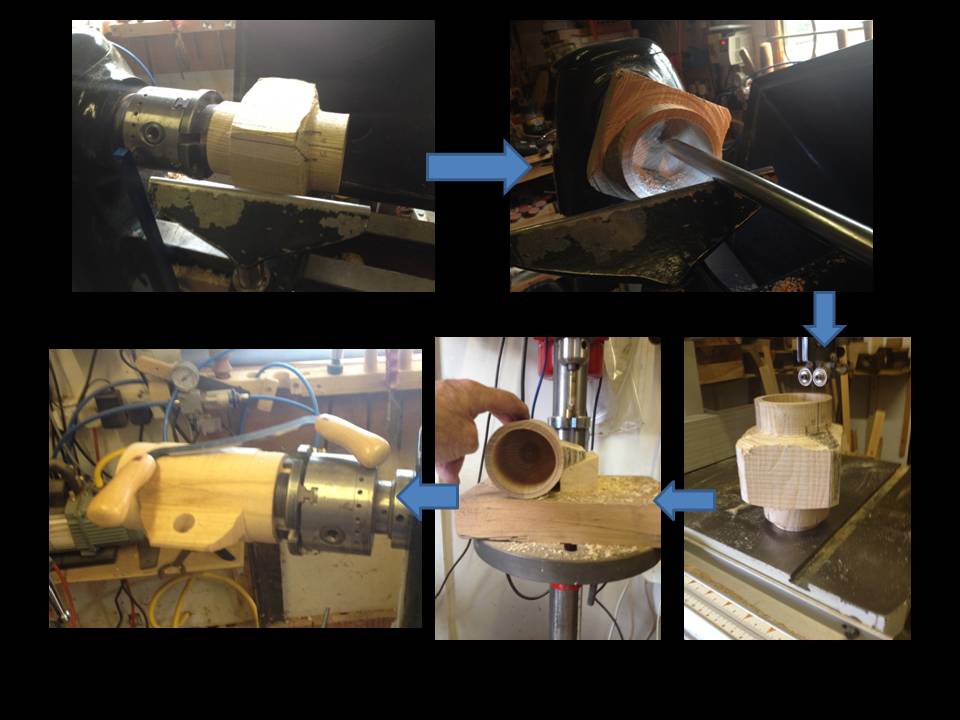 Our virtual meeting on the 6th August 2020 was to be a One on One meeting, this is where a less experienced turner is taken through the process by a more experienced turner. This was being organised by David Hobson but due to the lockdown situation had to be turned into a virtual meeting. As there was no actual theme for this meeting you the members were asked to produce something on your own and send me the pictures and story on what you had made.

The response from our members was I’m afraid to say as bad as ever, I have only received pictures from 2 members, I did however receive a phone call from Dave Line with an apology for not being able to send me anything this time, Dave has participated in every virtual meeting since the beginning of lockdown. The 2 members who have sent some pictures and text are Gordon Leitch and Nick Simpson and I thank them both for taking the time and effort to do so, their work will be featured here today.

I have as a precaution done a timeline entry to augment the small amount of pictures I received, it would be just great if I didn’t have to anticipate the disastrous apathy that persists with you the members.

First will be the pictures from Gordon and Nick, then to follow that my timeline will be in the format of a gallery on the making of a shallow bowl with a Laser rim.

Now for Nick Simpson’s entries, this is what Nick had to say about them.

Here is a project I did  a while back.

My family were corn merchants and these are Victorian heirlooms. I have 2 original sets which were made from fruit wood and bear the assay marks from 1 Gill to 1 Quart  to confirm their internal volume.

I decided to try to make copies from Ash and Sycamore. And show here the final items 1 pint, ½ pint and 1 gill.

They were made, like the originals, from a single piece of wood. I had some discussions with Stuart King, who is the acknowledged expert on historical woodturning in the UK and we decided that these were definitely turned and probably by an early rotating lathe rather than a reciprocating lathe (pole lathe) although there are no historical records.

Now for my timeline gallery. 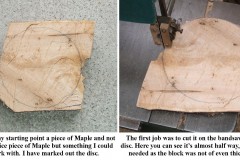 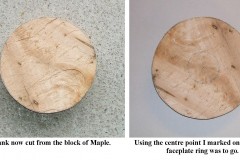 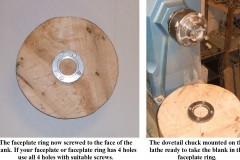 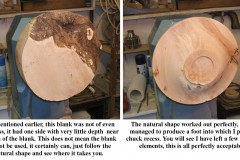 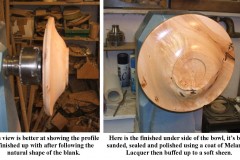 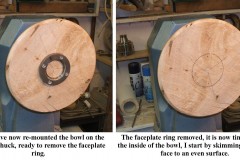 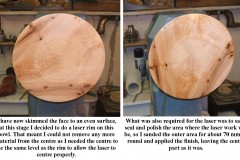 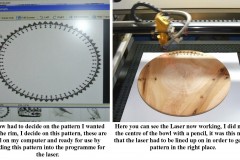 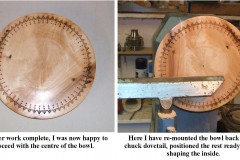 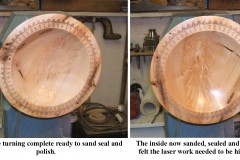 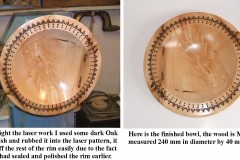 Click on the pictures to get a larger view and also some information on the making of the bowl.

Our next virtual meeting will be on the 20th August 2020, it was to be all about workshop safety, something that has taken on a more acute interest during these troubled times.

I will be looking for you all to contribute something to this meeting even if it’s only a bit of text and something you have to offer as relevant and interesting to the members. We the committee are constantly looking into ways of the club reopening but staying within the government guidelines and restrictions, there will be more on this as and when we get it.

Do remember the clubhouse remains closed.