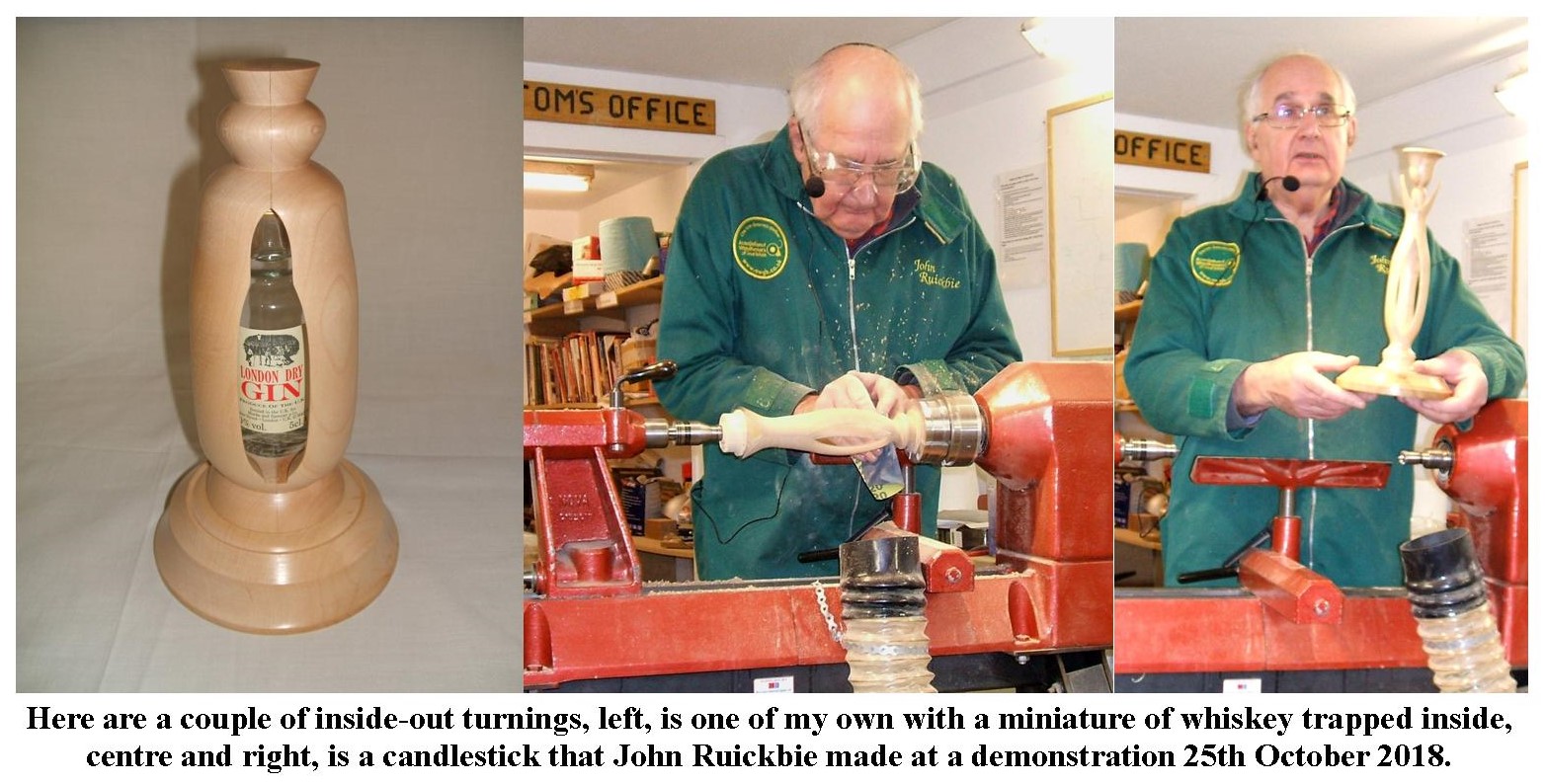 Our virtual meeting on “Inside Out Turning” was on Thursday 28th May 2020 It was to be organised by myself, I was going to demonstrate the methods used to produce an Inside Out Turning, however as this was not possible due to the lockdown we made it a virtual meeting instead. I was to be the only turner for this demonstration, we were not going to use all the lathes as is the normal practice. On that basis I decided I would handle this more like a tutorial rather than the normal proceedure where we just show some pictures with a little text, I will take you through the making of an Inside Out Turning.

The membership were invited to do an inside out turning to be shown on this post, however I have only received one other entry for the Inside Out Turning, I was hoping for a few more but I do realise that this type of turning may have been a step to far for the some of our members.

I did receive a couple of pictures of other turnings from another member, and they will be shown here, I did invite everyone to enter any piece of turning if they felt the Inside Out Turning was not for them.

First up is the only Inside Out Turning I received from Nick Simpson, this is what he had to say about his picture.

If you are short of photos this is one I did a while ago.

It is 9” tall and made from sycamore. The inside is spray painted gold and the outside stained with spirit stain and satin lacquer.

Next are a couple of pictures from Dave Line, not Inside Out Turnings, just items he has made recently, this is what Dave had to say about them,

So no inside out turning but 2 items I have made in the last couple of weeks.

The first is a lamp, 280mm high and 120mm Dia. The body is Ash and the feature rings are Sycamore and Sapele , it is finished with wood wax and friction polish.

The second is a clock of 150mm Dia it is very simple but my first use of millput which I think sets it off quite well, the wood is Copper Beech and finished with melamine lacquer.

Now for my own tutorial on Inside Out Turnings. 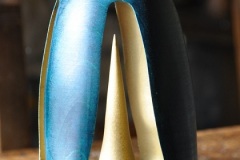 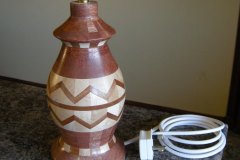 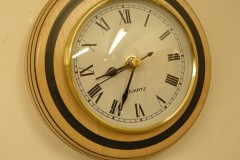 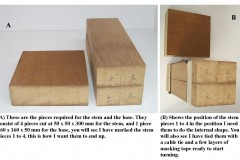 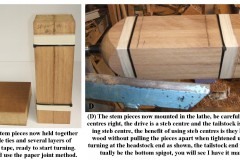 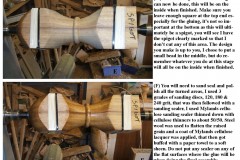 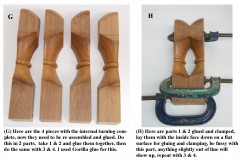 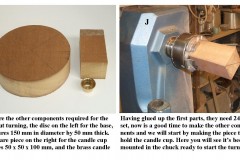 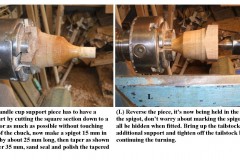 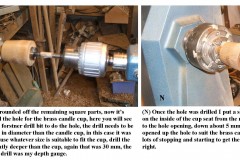 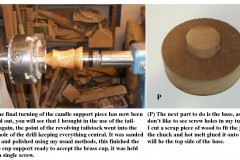 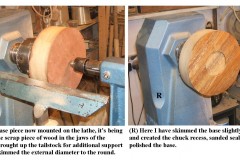 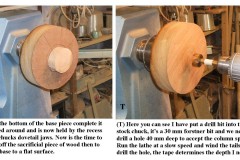 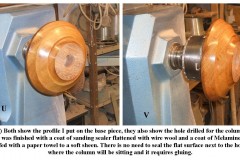 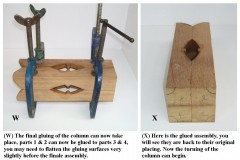 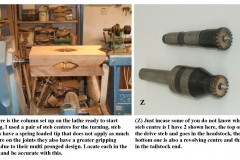 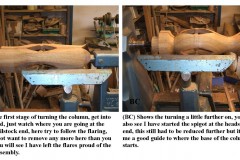 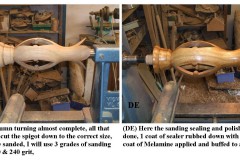 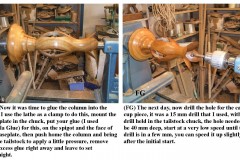 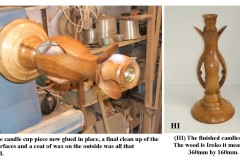 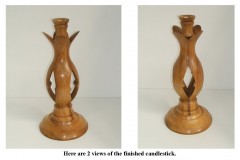 For those wishing to follow the tutorial start at the fourth picture and go through them in sequence they are all on a step by step basis for you to follow, and good luck with this, if you don’t try you will never know how interesting it can make woodturning, for a larger picture and the text just click any picture, a full sized picture should appear.

Our next Virtual meeting is on the 11th June 2020, that too is being organised by myself, it’s on a much simpler turning this time, it’s all about making weed pots, now that something that everyone can do and can enter for publication, so get to making weed pots and lots of them and send your pictures to me but don’t forget to tell us all about them.